The development is right beside SM Baliwag and just across the Unitop68 Department Store Baliwag. The project is just a few meters away from the Sagrada Familia Hospital, while SM City Baliwag is adjacent to the National University Baliwag Campus. Across SM City Baliwag is the SM Baliwag Central Terminal where buses, jeepneys, and UV Expresses are stationed going to Metro Manila, nearby cities, and other provinces.

The town of Baliwag is just 52km (less than an hour drive from north Quezon City or north Caloocan City) north of Manila. Three major transport lines ply the routes from Baliwag to Candaba (Pampanga) via the Benigno Aquino Avenue; the Do?a Remedios Trinidad Highway and the Old Cagayan Valley Road going to Nueva Ecija and Metro Manila. The town’s proximity to Metro Manila makes it one of the most popular residential hubs and industrial zones north of the capital. Baliwag was predominantly agricultural land. Now, the town is slowly becoming one of Bulacan’s major economic powerhouses. The municipality is currently the prime transportation, commerce, dining, education, residential, and entertainment centers of Central Luzon. 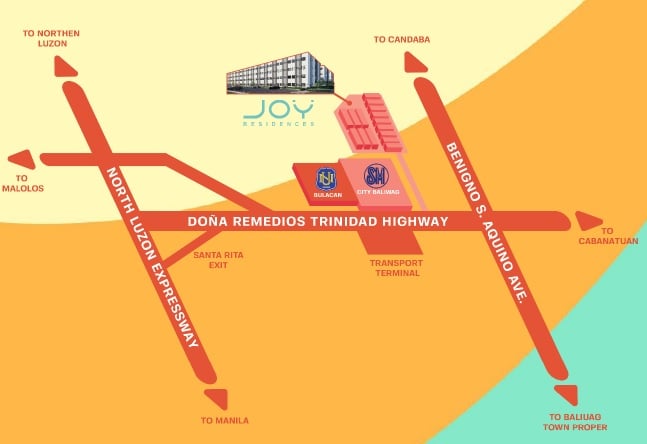